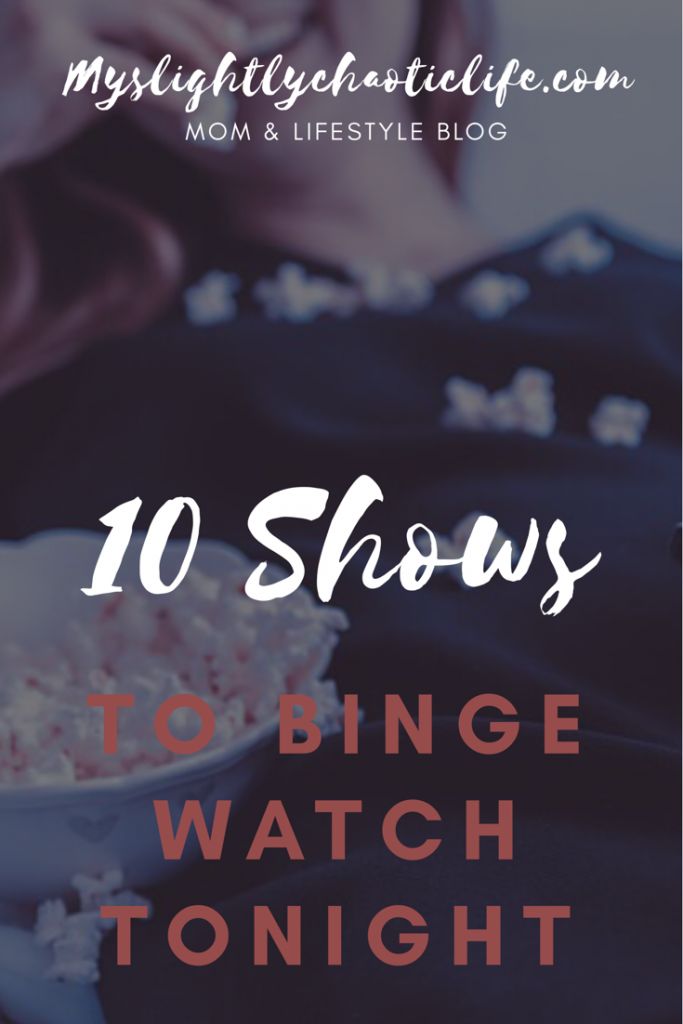 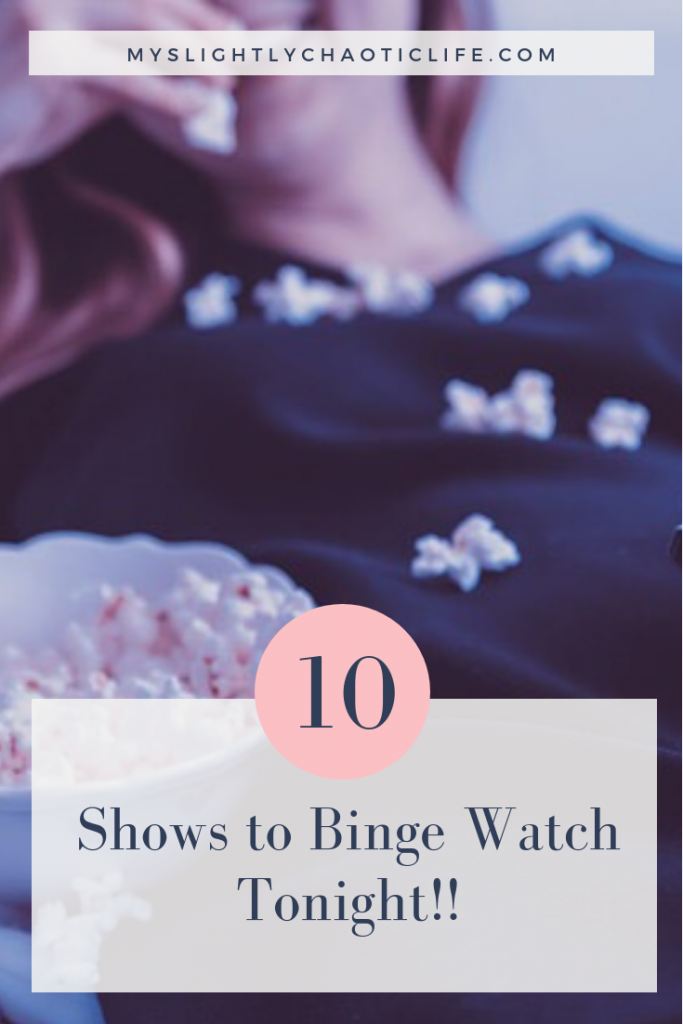 Maternity leave has been so rewarding. Being able to spend this quality time with my newest little has been irreplaceable. If you want to read all about the birth of Avery check it out HERE. While it has been rewarding, it also has been incredibly boring. The weather in Maine has decided to be bipolar and I am pretty sure that we are going to skip spring all together. We are well into April and the temperatures have still been dipping into the 30’s, the days have been raining and we have even had some, gasp, snow!

This has led to many days being coped up in the house with not much else to do except to turn to Netflix and Hulu since I’m too cheap to pay for cable. I decided to compile a list of my top 10 binge-worthy television shows on these streaming services (in no particular order).

I love this show. Not only are the actresses amazing, Nicole Kidman is my girl crush, but the story line is captivating. If you haven’t read the book, which I hadn’t, then this show will keep you entertained till the very end. The one down side is that to watch this show the HBO add for Hulu is needed. Currently it is only $4.99/month for 6 months and then increases but you could always just watch it during the free week trial they offer (there is only 7 episodes total so a short binge watch).

I’m obsessed with this show and super sad that it’s ending. Shondra Rimes created a strong, powerful female character in Olivia Pope that made me wished I’d gone to law school and delved into a career in politics. Billed as a “fixed” the first few seasons are of Olivia Pope fixing other people’s scandals or problems while encountering a few of her own. Pretty sure it is not an accurate portrayal of life in politics in Washington D.C. but it is entertaining non the less.

On Netflix, this show follows a group of people in a small town post nuclear bomb (or bombs I should say). If you like action, drama and some mystery thrown in then this is the show for you. Plus it has my childhood crush actor Skeet Ulrich in it. Sadly it only lasted 2 seasons but it will keep you on the edge of your seat the entire time.

Season 1 is now streaming on Netflix. I honestly didn’t think that I would like this show when I first started watching it so I am embarrassed to say I watched the entire first season within 2 days. The main character is a con artist that is part of a team who marries men in order to steal their money. It’s well written and quite humorous at times. Looking forward to season 2 which I believe is airing now on Bravo.

This is a cute and fun show about a girl who ends up becoming pregnant after being artificially inseminated despite the fact that she is a virgin (hence the title Jane the Virgin). It’s fun and entertaining and once you watch the first episode you will be hooked. Season 1-3 is not streaming on Netflix.

If you want an action tv show then this is a must. Basically the plot of the story is, you guessed it, men trying to break out of a prison but there is much more that goes on in this show as well. They also recently had another season which I have yet to watch but the first few original seasons are really good and action packed.

Not a good show to watch while your pregnant and hormonal because just about every episode will make you cry. This show follows a family living in California through the ups and downs of their lives. Throughout the 6 seasons on Netflix, you really watch the characters grow and transform. The show also takes on what it is like to raise and autistic child and brings awareness to what that can be like for many families out there.

Seriously if you haven’t heard or seen The Office, on Netflix, then you have been living under a rock. Not only is it funny but it gives serious couple goals with the relationship between Jim and Pam. If a man doesn’t love you the way Jim loves Pam then he isn’t worth your time. Pretty sure I’ve watched the entire series at least 3 times now.

On Hulu, ER is the classic medical show that aired mostly when I was a child. I remember watching this show when I was little with my parents since my mom approved because they portrayed nurses in a true reflection of what it is like in the ER. (If you didn’t already guess my mom is an ER nurse, as am I). The opening theme song brings back so many memories of my childhood. Plus added bonus is seeing George Clooney in his early days of acting. We are currently watching this now and are on season 5 out of 15.

I will admit I can’t really watch too many episodes of this in a row since there is a lot of thinking and following the story line involved. While I still have no clue what the finale was about, I still think this is an entertaining, captivating show. If you didn’t already know, this show is about people getting stranded on an island after a plane crash but the island is not at all what it seems. The flashbacks and character developments are very interesting and all eventually tie in to the “purpose” of them being on the island. Bonus points to the person who can tell me ultimately the finale meant.

This was an incredibly popular show when it was airing. High school teacher Walter White gets diagnosed with cancer and turns to cooking meth as a means to support his family with theIf this doesn’t tell you something about the Unites Stated healthcare system then I don’t know what will. If you haven’t seen it, it really is a must watch.

Any shows that I missed that are a must see? Let me know in the comments because I’m on maternity leave for another 8 weeks and need suggestions!