It has taken me a while to write this post. I have sat down numerous times and paused. I had no idea what I wanted to say. It’s hard to sit here and unearth my vulnerability to others. I struggle to say that I tolerated a 7 year relationship where I spent many nights begging for an out. That I endured years of verbal and emotional abuse from a man that claimed that he loved me. I’m embarrassed that I stayed for so long in a relationship that I was so unhappy in. It’s actually the reason I started a blog. You can read my why HERE. 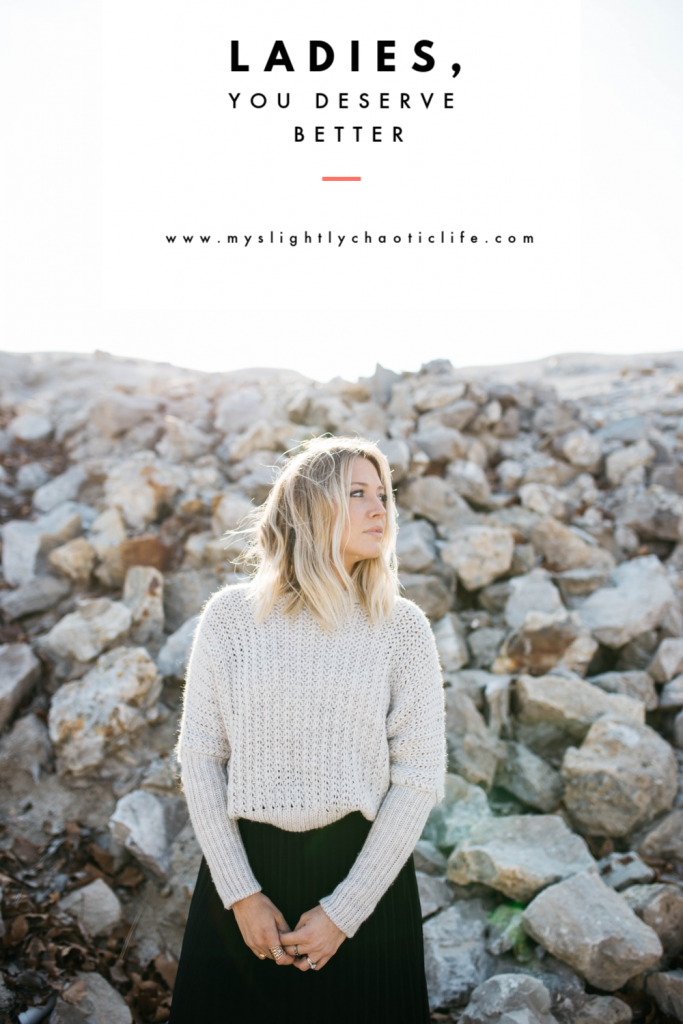 Honestly I wish someone had sat me down so many years ago and said these 3 words to me: you deserve better.

I finally realized that by writing these words, there is a possibility that I can help another woman, just like me, who was/is stuck in a relationship that is unhealthy and mentally draining. For that I need to share my story and be that friend that says those 3 words:

You deserve better than being told you can’t do something.

You deserve better than being messaged constantly and degraded when you go out for “girl’s night.”

You deserve better than someone trying to control your life.

You deserve better than being called demeaning and cruel names during arguments.

You deserve better than having someone threaten you: threaten to break up with you, divorce you, what not because you are doing something that they don’t like.

You deserve better than being told that you are a terrible mom for making the choice to pursue your passion.

You deserve better than a partner who constantly discourages your goals because they don’t agree with them.

You deserve better than being told that no one else will love you.

You deserve better than someone who strips away your self worth, dignity and self-esteem.

You deserve someone who encourages you, supports you, hugs you after a bad day, tells you your beautiful, holds your hand, laughs at your jokes (even when they are not funny), hangs with the kids while you go out to girl’s night, supports your life and career goals, encourages you to eat the last ice cream bar and above all else treats you as an equal.

It took me a really long time to realize this, to figure out that I too deserved better to which I am happy to say I found with Aaron. I’m not saying that everyday will be sunshine and roses and that you won’t argue because I know that’s not realistic. What I am saying is that relationships should fulfill you, challenge you and ultimately at the end of the day, make you happy. If you feel like you are constantly being put down, made to feel less than, called names and overall miserable then it is time to reevaluate your relationship.

I wish someone had said these words to many sooner. I don’t regret my relationship, after all I got the best gift I could ever get out of it: my son, but I regret the way I let him treat me. I deserved better and ladies, so do you.

Twitter
Previous:
Tips for Busy Back to School Mornings
Next:
Kid Approved Healthy Snacks On the Go