When you have a baby you think the most natural thing you can do is feed them. Women for centuries have been able to nourish their babies by breastfeeding without issues. Surely before the invention of formula babies had to survive somehow. This is what many women hear. It makes them think that breastfeeding will be easy. This is not the case. Breastfeeding is incredibly hard leading many women to have the dreaded breastfeeding struggle.

My Breastfeeding Struggle began with my Son

He didn’t latch well in the beginning, coupled with a postpartum hemorrhage and a delay in milk production we were behind from the get go. I ended up exclusively pumping to provide him with breast milk. This time I thought things would be different. I was older, more patient and already knew that it might be a struggle so I had no expectations. Once again it was a struggle from the start causing frustration, sadness and feelings of self doubt as a mother. It’s been a little over 4 weeks and while things have slightly improved there are still days I just want to give up completely.

Things I learned during my breastfeeding struggle

• Every baby is different.

While your first baby may not latch at all, your second may latch but not properly. Then there are babies that come into this world and breastfeed like little champs. Every baby is completely different and it is hard to judge what each baby will do once they are welcomed into this big, new world.

• Just because your baby perfects the latch it doesn’t necessarily mean they are transferring the milk.

The first time Avery latched properly with no pain, I couldn’t help but do a little happy dance. I would soon learn that although she was latching correctly she wasn’t transferring nearly as much milk as she should be. This was causing her to be hungry more then she should be and lose weight.

• An oversupply can be just as detrimental as an under supply.

I have an oversupply of milk. This leads to problems with directly breast feeding because my let down is so forceful is causes Avery to gag and choke and pull off the breast. Another thing I learned is that having too much milk can lead to an imbalance of fore-milk and hind-milk which can also cause problems in the baby as well. Having an oversupply also causes pain and engorgement more frequently throughout the day. 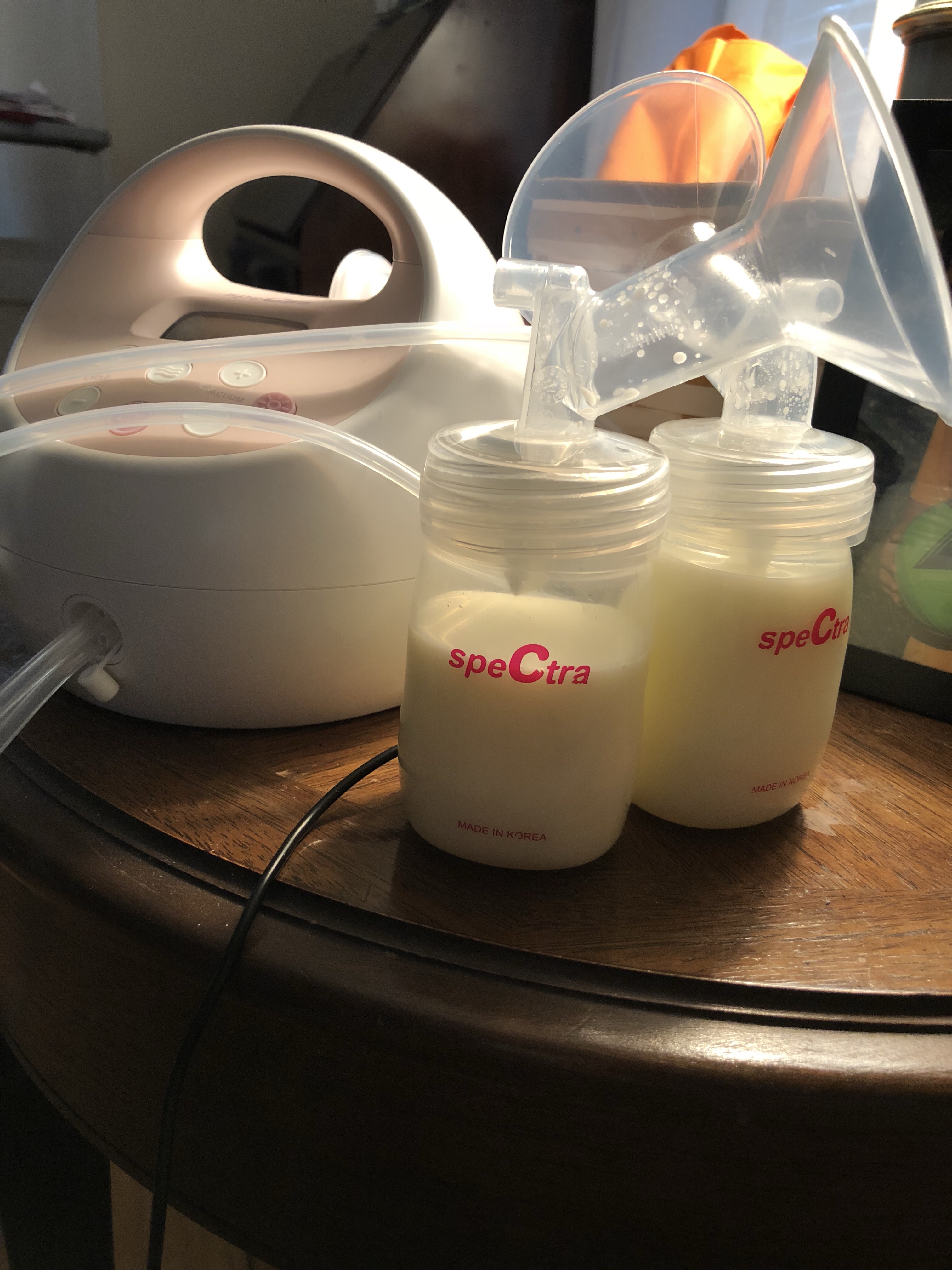 Like really sucks. Instead of just popping the baby on the boob when she is hungry, I have to feed her pumped milk in a bottle and then spend time pumping as well. Not to mention cleaning all the bottle and pump parts. I’m at least only pumping about 4-5 times a day now but it still is time consuming and makes me feel like I’m a cow being milked on the assembly line.

• Not being able to breast feed does not make you a terrible mother.

Everyone says “breast is best” and while the health benefits of breastfeeding are numerous for both mom and baby, it sets mothers up for feelings of being inadequate if they are unable to. Every time Avery latches properly and transfers well is a small victory but if I have to give her pumped milk her grow then so be it. Either way she is fed and growing.

I was able to feed my son with pumped breast milk for a year and hope to do that as well with Avery. There are some days where I put her to the breast to eat and there are some days I don’t even try due to soreness or not having the time. At first I had a hard time accepting that this was going to be a struggle again, that I wasn’t going to have this beautiful, bonding experience with my daughter. I’ve since accepted this will be my journey and I’m okay with that.

So if you are dealing with the breastfeeding struggle, just know that you are not alone and every mom goes through this at some point in their motherhood journey.