We recently had our very first experience with visiting NYC. If you haven’t checked out our day one Visit NYC check it out HERE.

We visited the 911 Memorial and Times Square as well as checked out some local restaurants and bars on day one and had several more places that we wanted to see on day two. Since the trip was technically only two days we were severely limited to what we could see and do while on our visit NYC trip.

We started our day at a little diner that was right down the street from our hotel called Sunset Park & Donuts. Aaron found it while looking on google maps for a place to eat so we decided to give it a try. It was a tiny little place but the food was amazing. They even had homemade donuts which we didn’t get to try but they looked really good!

After breakfast we decided to venture into the city so we got back onto the subway. We had actually started to figure this subway system out so finding where we needed to go was a lot easier on day two. Our first stop of the day was going to be the Top of the Rock observatory. 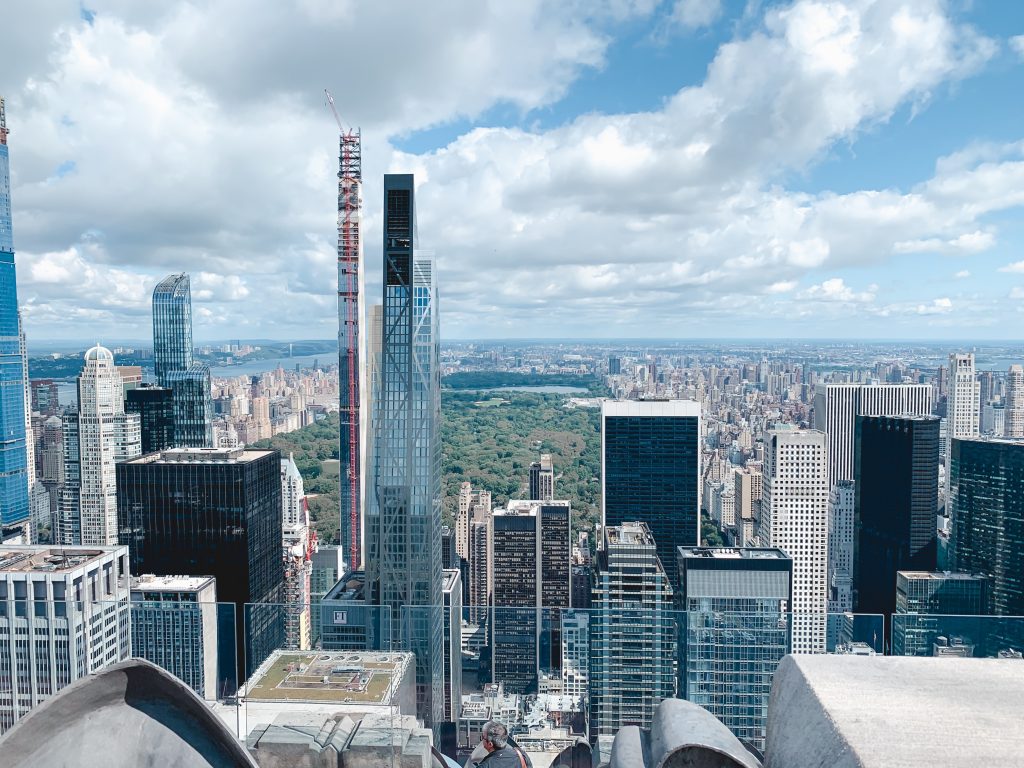 When I was researching our trip to NYC I came across the City Pass. The City Pass costs you one price and you can visit up to 6 attractions from the list of attractions that participate. For us, we decided to go with the small pass which is the C3. We got to pay one price to see 3 different attractions. More information about what is included and price can be found HERE. The City Pass can also be found in many other popular city destinations so check those out as well.

Top of the Rock Observatory

The Top of the Rock Observatory is located in Rockefeller Plaza. When you go in you are given a time that you are able to go up to the observation deck. There are many shops and restaurants located nearby so if you have to wait, there is plenty to do. There are three decks that you get to visit when you do get to go up to the top. The top most one is 70 stories up and offers completely unobstructed views of NYC. 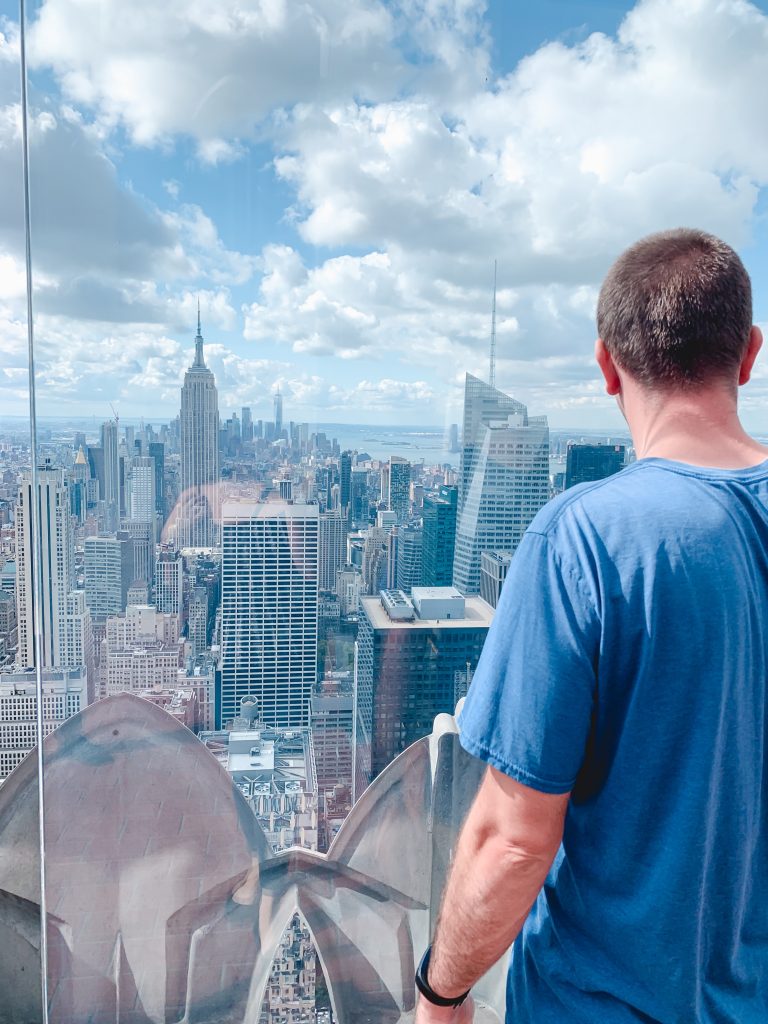 My conference started on our second day but not until early afternoon so we decided to make our way back to Brooklyn and check out the Brooklyn Bridge. I have always wanted to visit the Brooklyn Bridge ever since Meredith met Steve there in Sex and the City (total fan over here) as well as the amazing views of Manhattan. The bridge was pretty crowded with tourists but it was still fun to walk across and check out the views. 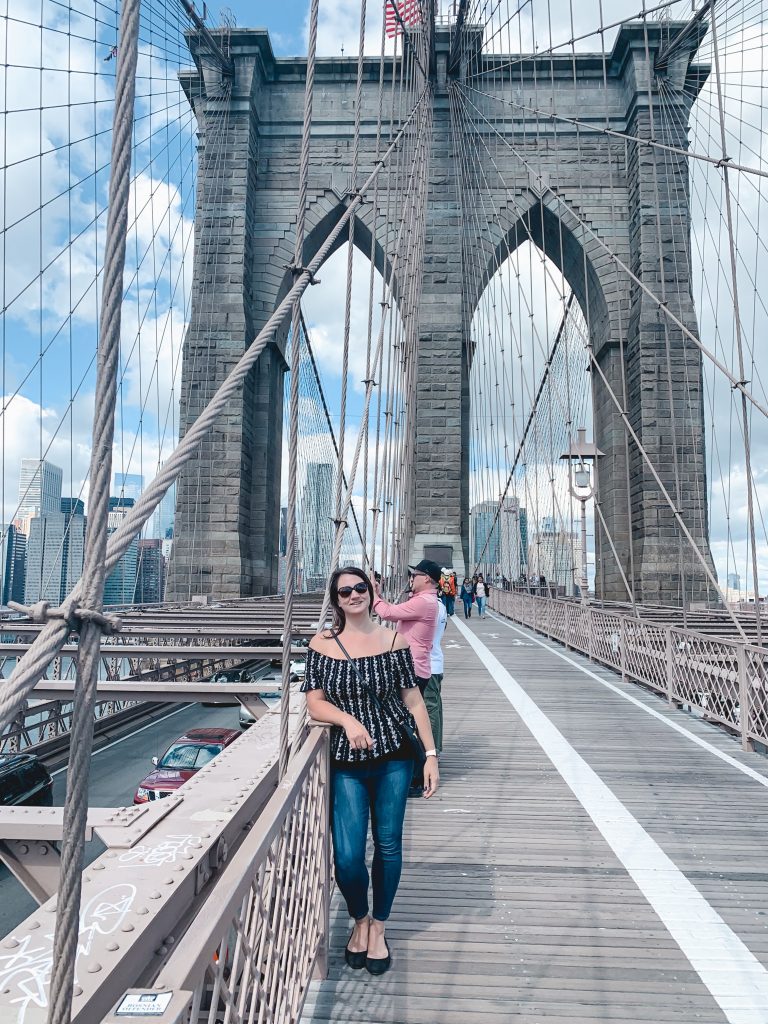 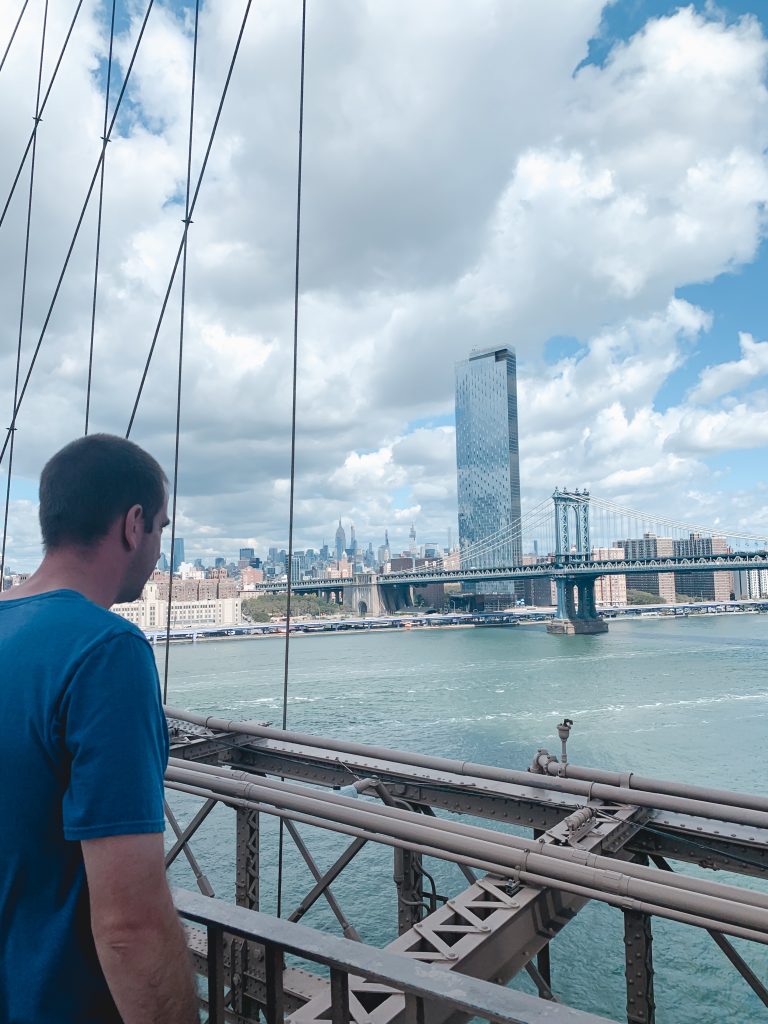 Since we still had some time to kill, we headed back towards Brooklyn and found a little local restaurant Westville Dumbo to grab a drink and a small bite to eat. Brooklyn was actually really cool to check out and we probably wouldn’t have even explored Brooklyn if we hadn’t decided to stay there. 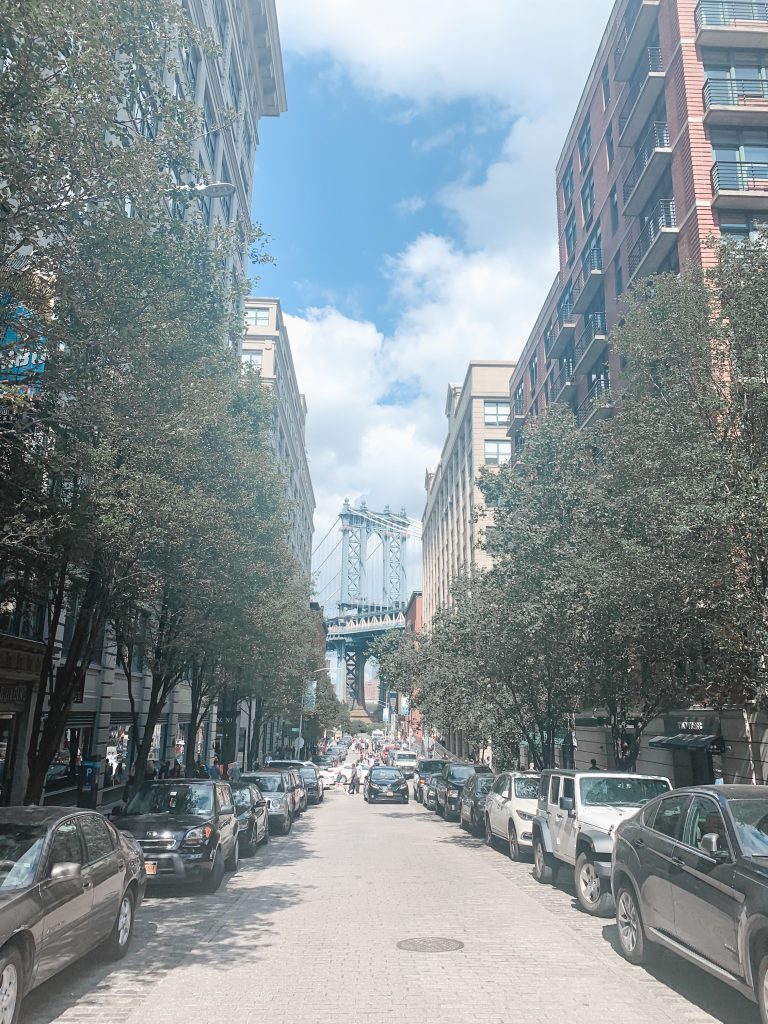 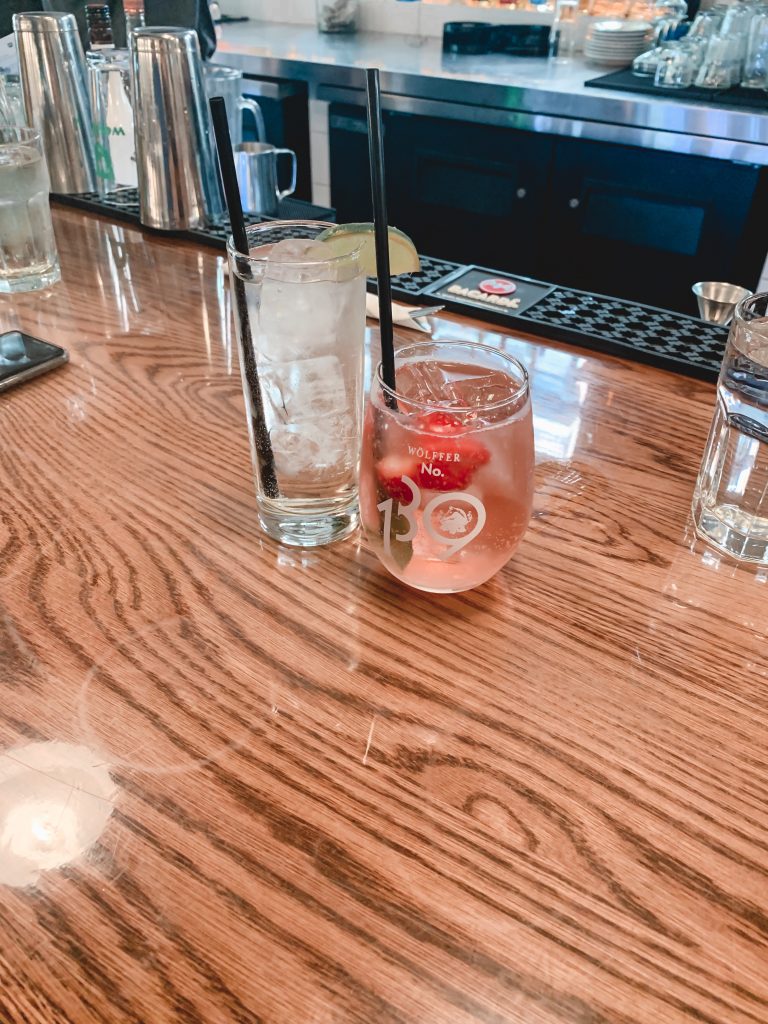 Since I was heading off to the BlogHer conference for a few hours, Aaron and I had made a plan to meet up near the Brooklyn Expo and then head back into the city in the evening. Props to Aaron for actually making it from the hotel to the conference site at the Brooklyn Expo by himself by the subway system by himself.

Once we met up we headed back into the city with plans to go to The Empire State Building. Along the way we stopped off at a nearby bar for happy hour. I am terrified of heights and was actually surprised I managed the Top of the Rock Observatory earlier that day. I needed a couple Manhattans to make it through this next venture. We stopped off at Legends first due to it’s location to the Empire State Building and it was conveniently offering Happy Hour.

When I was sufficiently liquored up (I really wasn’t that intoxicated) we made our way over to the Empire State Building.

The entry to get to the elevators to go up to the top of the Empire State Building contained the history of the building’s construction. It was cool to see how the building came to be and the history behind it. We chose to go at night but you can also go during the daytime hours. The views at the top at night were absolutely spectacular and we even got to witness a marriage proposal while we were checking out the 360 degree views of New York City. 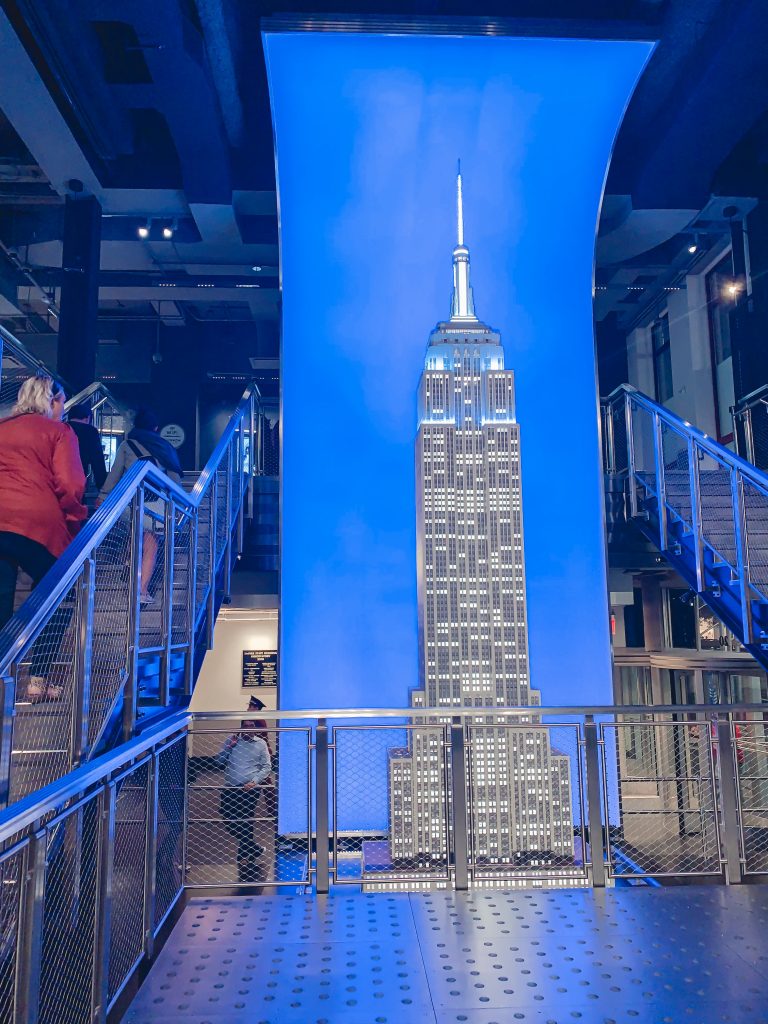 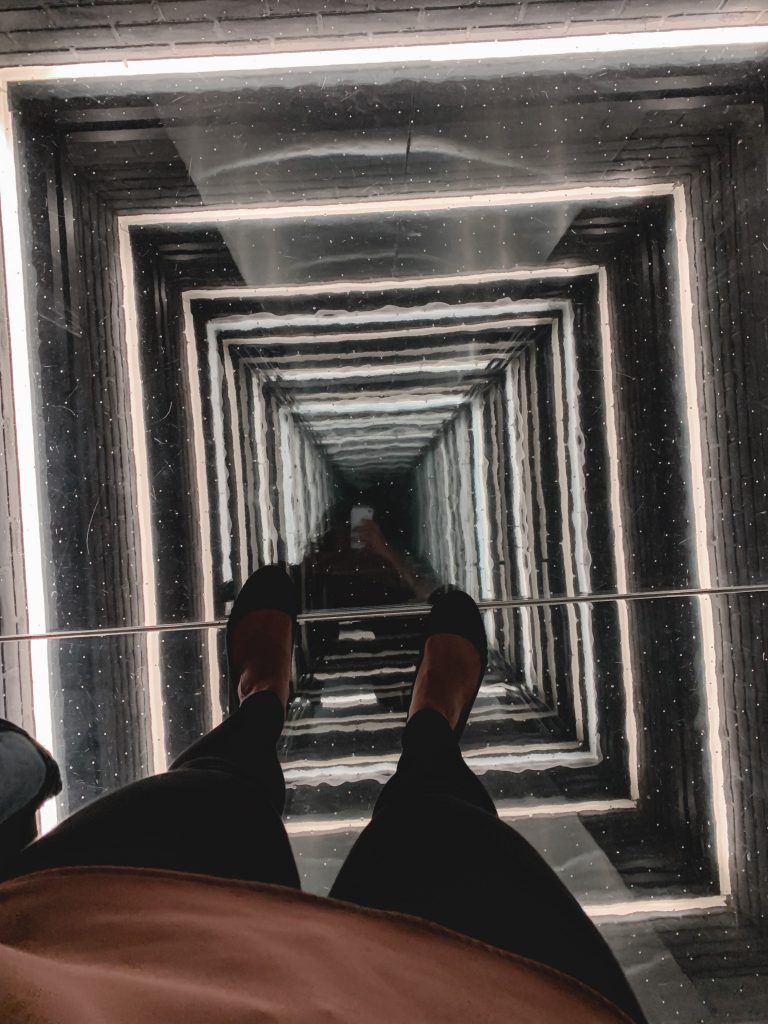 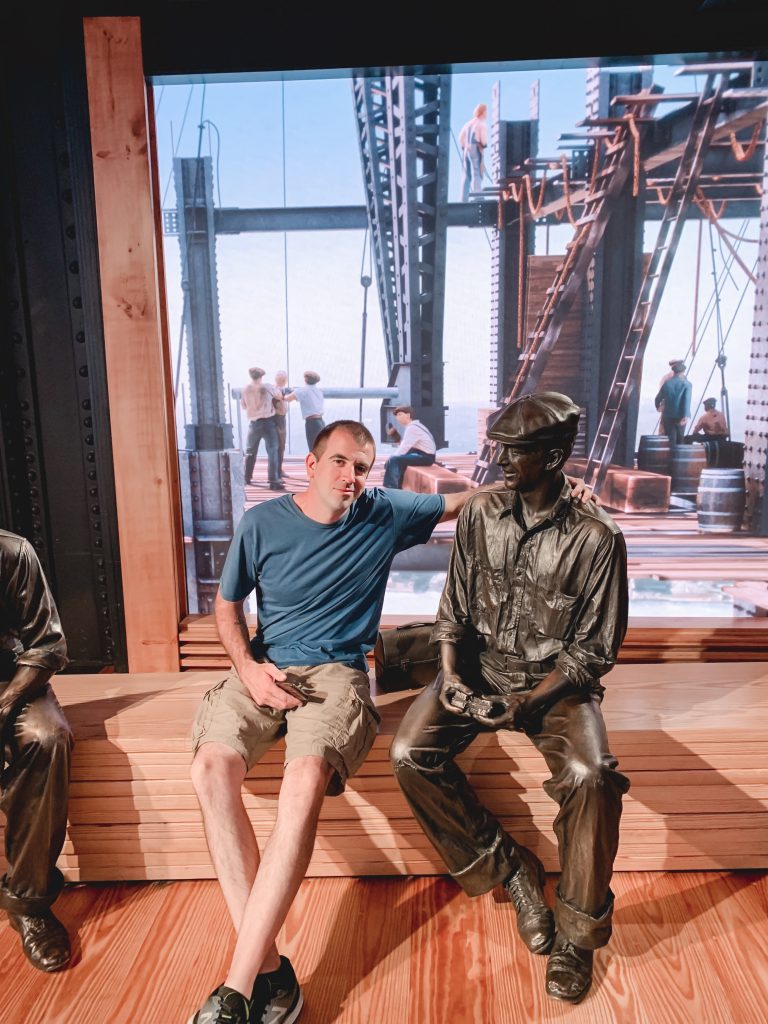 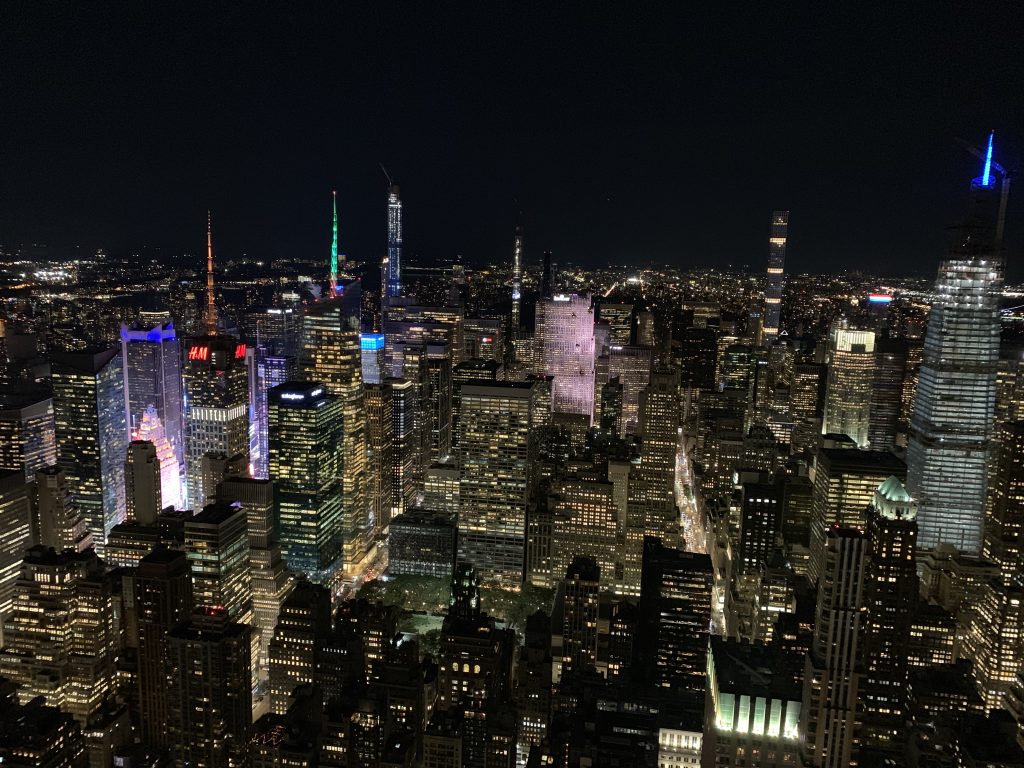 Afterwards we ate dinner at Heartland Brewery and then headed back to the hotel. Aaron had an early flight the next day and I was off to day 2 of the BlogHer conference. The hotel arranged for a car to take Aaron to the airport which took some pressure off of us to try and find a way for him to get to the airport in the morning.

Twitter
Previous:
Why don’t we talk about the loses?
Next:
How to Stop Comparing Yourself to Others