We recently took our very first trip to NYC! I have never been to New York City and when the opportunity to go and attend the BlogHer creator’s conference I jumped at it. I even convinced Aaron to tag along for a couple of days to see the sites and play tourist. Did I mention that this trip was kid free?! The last time we took a trip together was when we went to Great Wolf Lodge but that involved all the tiny humans. So our visit NYC experience was a first for us both!

I am sharing our visit to NYC in two parts. So read on to learn all about our day one visit NYC experience!

Visit NYC: Getting There

I chose to fly into Newark due to cost and times available for flights. I wanted to get into the city early so we could have some time to explore on the first day. I soon realized that I would have to get from Newark into the city so I started researching before we left to find the best route for the best price. Our flight left Portland around 730 which put us into Newark around 900. We made great time on the flight and I was happy with the choice to fly into Newark instead of New York. 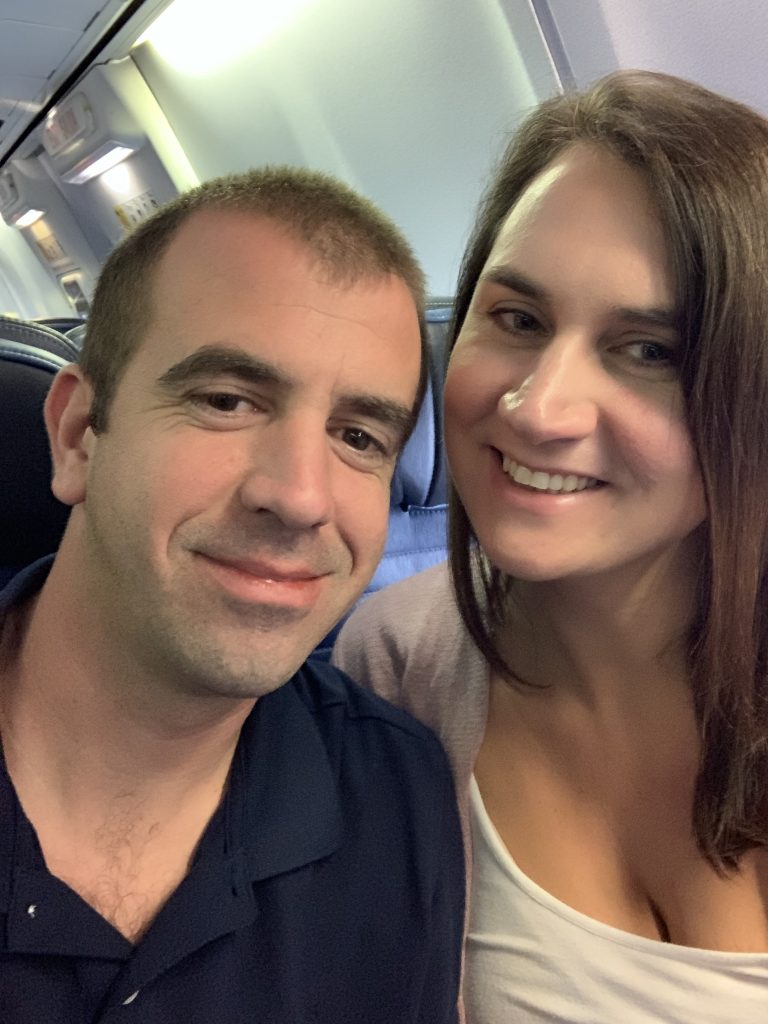 Getting from NJ to NYC

A one way ticket as of publication date was $13.00. This seemed to be the cheapest option to get into the city from the Airport.

The AirTrain system is surprisingly easy to navigate despite the Amtrak and AirTrain being in the same area. Coming from a girl who lives in a pretty rural state, traveling by trains and subways have never topped my list of transportation options.

It also helped that the lady working there was really friendly and answered questions about which track we should be at.

Once we got on the AirTrain getting to Penn Station in New York took about 60 minutes due to construction on the tracks. Still a little extra time in the long run was worth the cost to me at least. 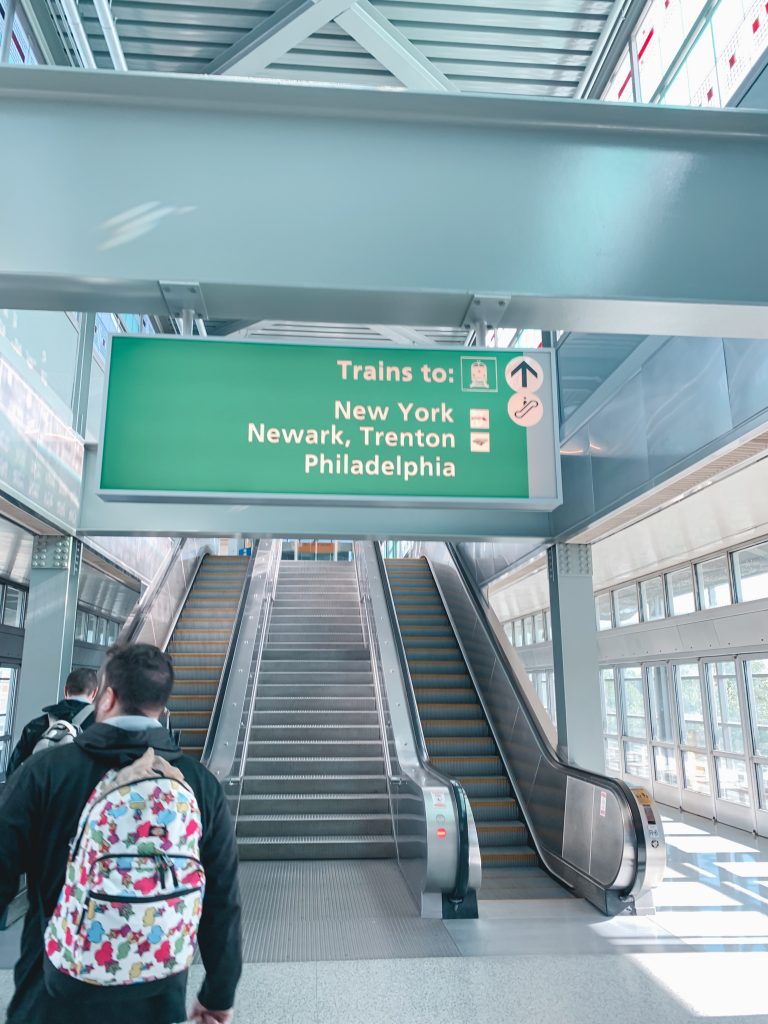 Once we arrived in Penn Station we knew we needed to find somewhere to eat. We both skipped breakfast and where starting to get just a tad bit cranky. Thankfully being in NYC means that there are restaurants at every turn. We ended up at Mustang Harry’s which was a block or two down from Penn Station (don’t ask me where exactly since NYC streets confuse me). The food was good and the beer, after dealing with flights and the train system, was even better. It was at this time too that I was faced with the hard reality of NYC restaurant prices. So if your planning a trip, make sure to plan accordingly for the cost of food. 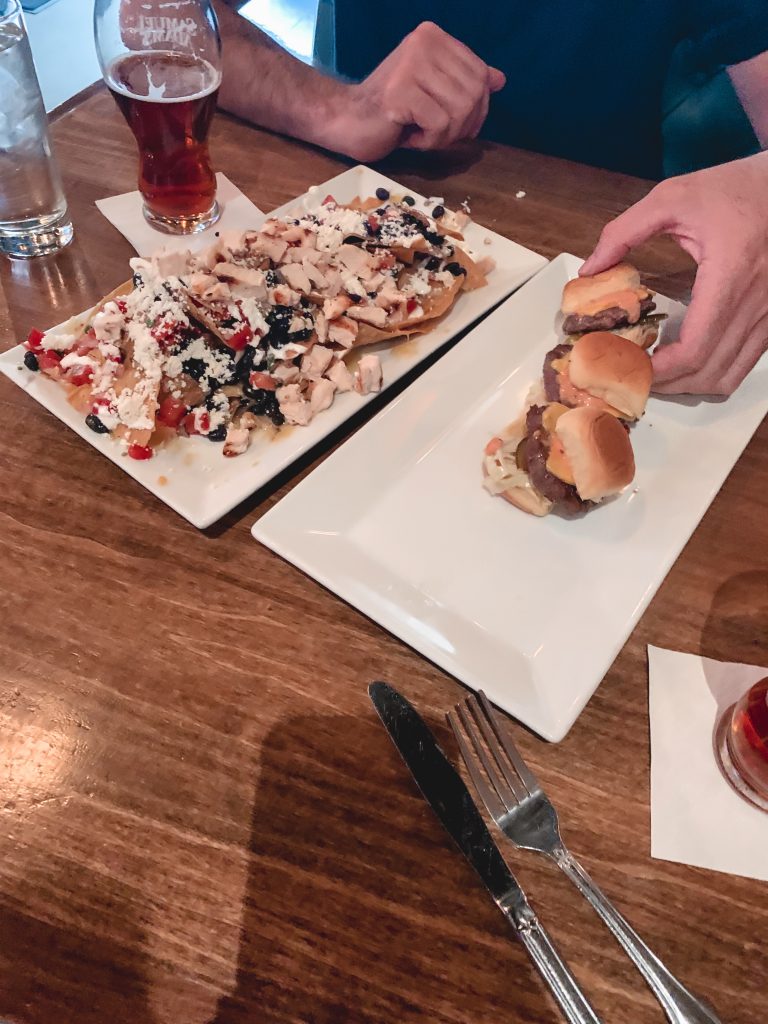 When we arrived in Newark, I called the hotel that we were staying at to see if there was any availability for an early check in. They initially said that they had been sold out the night before so were unsure if they could accommodate our request but to check back later on. I called after we had finished lunch to see if the room was available and thankfully they said yes. We had already been carrying around our luggage with us and wanted to leave it at the hotel to continue to explore for the rest of the day.

Initially I had wanted to get a hotel in the city but ended up choosing one in Brooklyn instead. The conference that I was attending was in Brooklyn and I thought that it would be easier to stay closer to the conference location. This meant that we needed to get from Penn Station area to Brooklyn and chose the subway instead of the super expensive Uber or Lyft options. We are talking 2.50 per ride on the subway vs. 50-60 via taxi.

The subway system is confusing in NYC. I’m sure those that travel it on a daily basis have gotten used to it. The best thing that I found was to download the subway map HERE from in order to follow along on my own.

We ended up staying at the Wyndham Garden Brooklyn Sunset Park. The room was small but the hotel was quiet and 2 blocks from the closest subway station. The price was also half that of what we would have paid to stay in the city. For our next trip, I will hopefully try and stay in the city since that is where we did most of our exploring. But for this trip, Brooklyn was a great, less expensive option. The hotel was clean, staff were friendly and helpful and we were close to the subway.

Bonus points to them, they were able to accommodate an early check in for us.

This was the one (and only) thing that Aaron wanted to see on our trip to New York. So we decided to make our way back into the city after dropping off our luggage at the hotel to see it. It is hard to put into words the experience of going to this memorial. I was a junior in high school on 9/11 and don’t feel that I fully understood the full ramifications of what happened that day. After leaving there, I have a new level of appreciation for all of the men and women that lost their lives as well as those that were there and had to live through those horrible events. 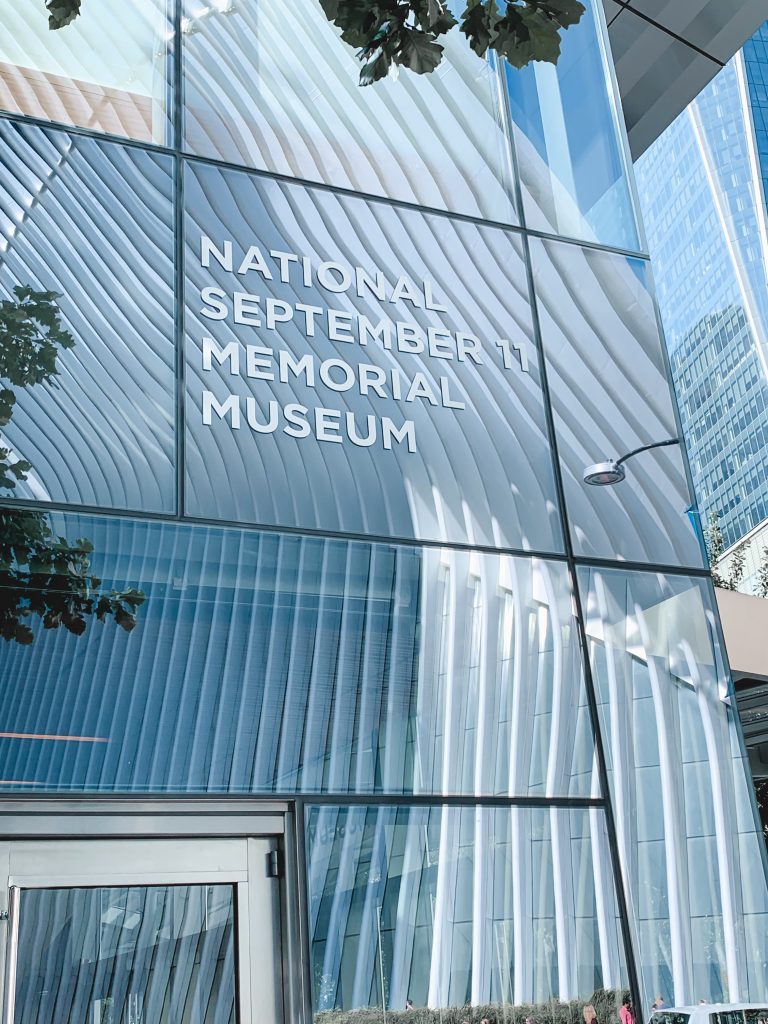 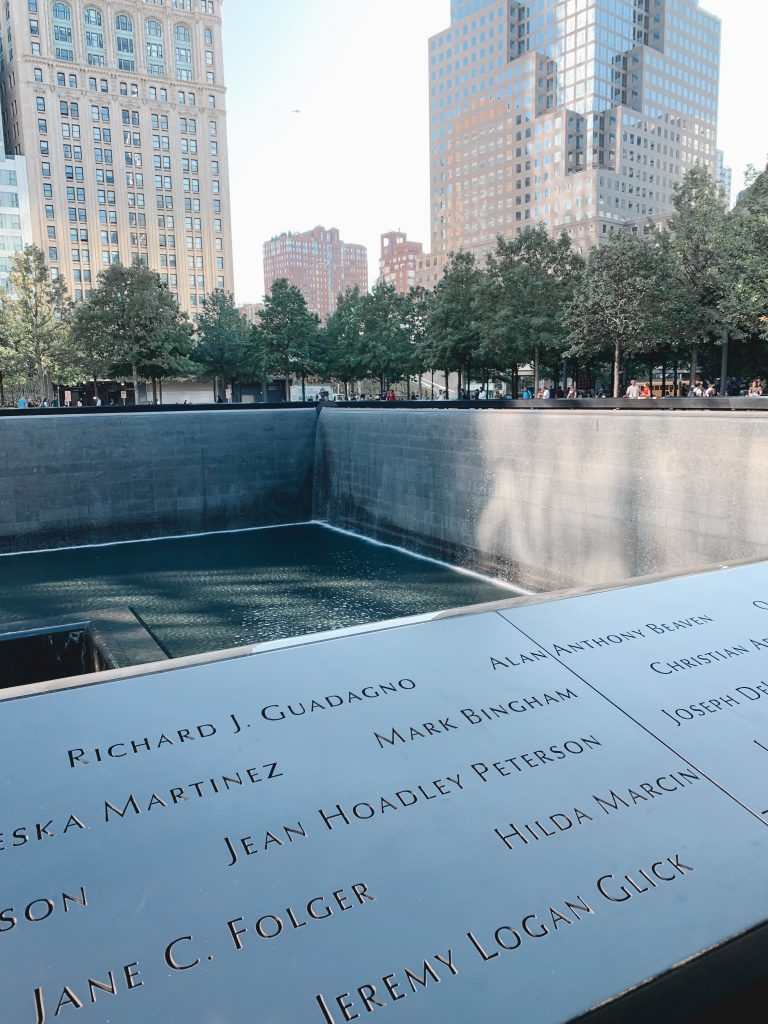 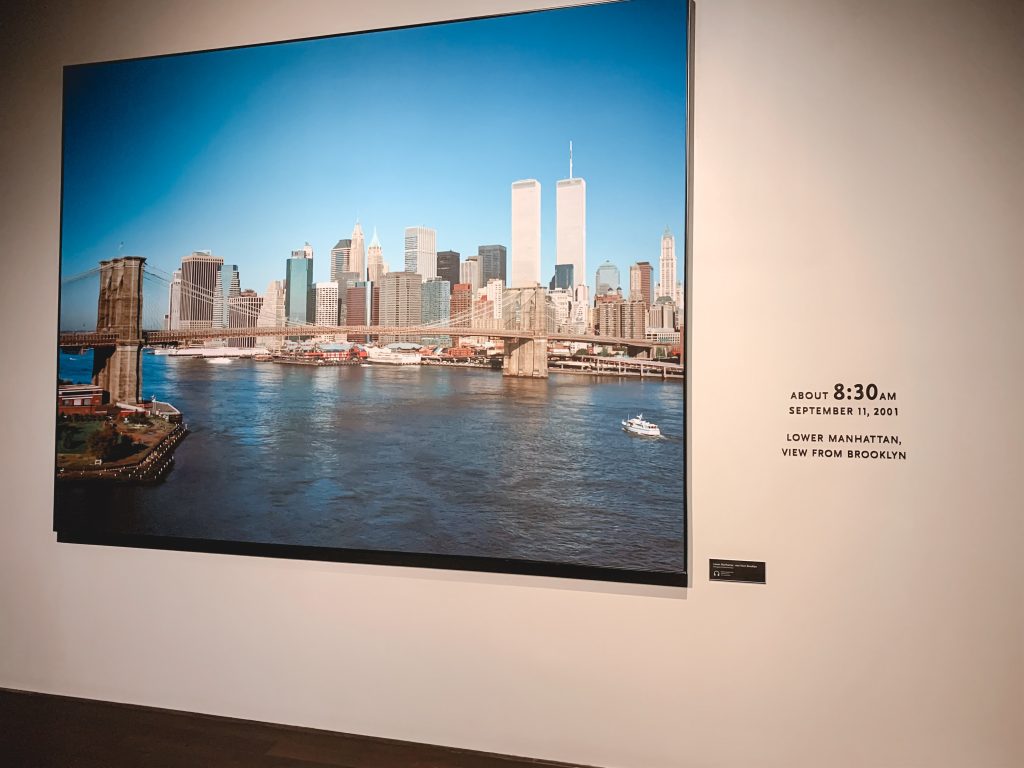 There was an entire section of the museum that no photos were allowed. It was were we probably spend most of our time when we were there. If you plan to visit, make sure that you plan accordingly to spend several hours there. We were probably in the museum for over 3 hours and could have been there easily longer. 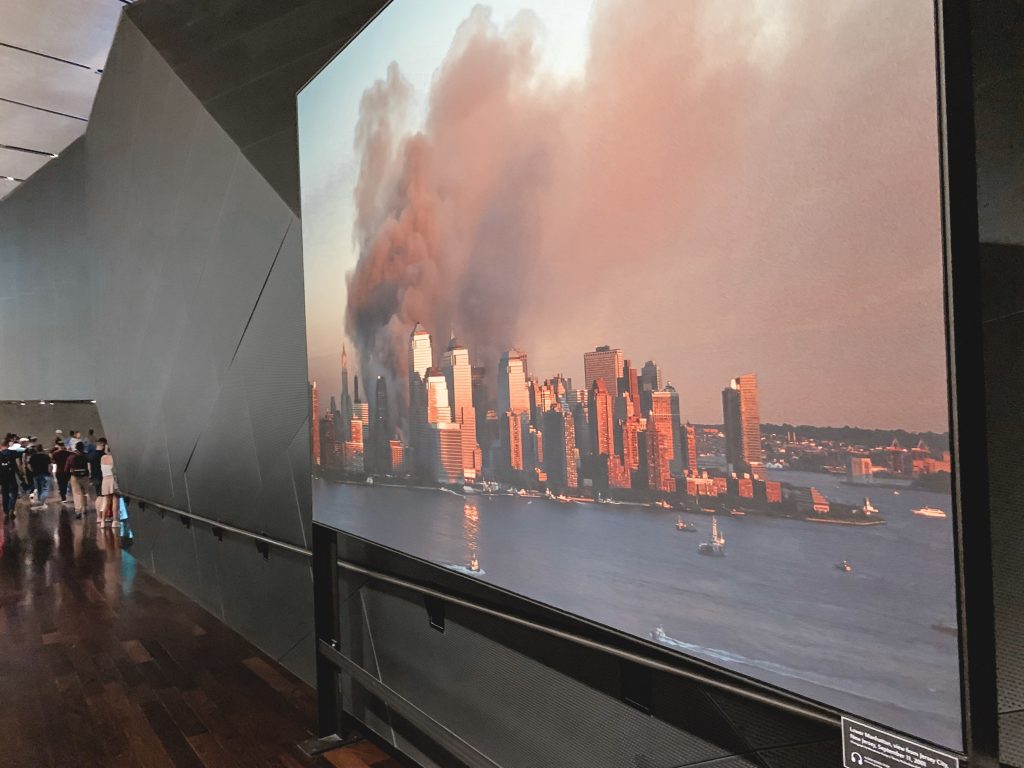 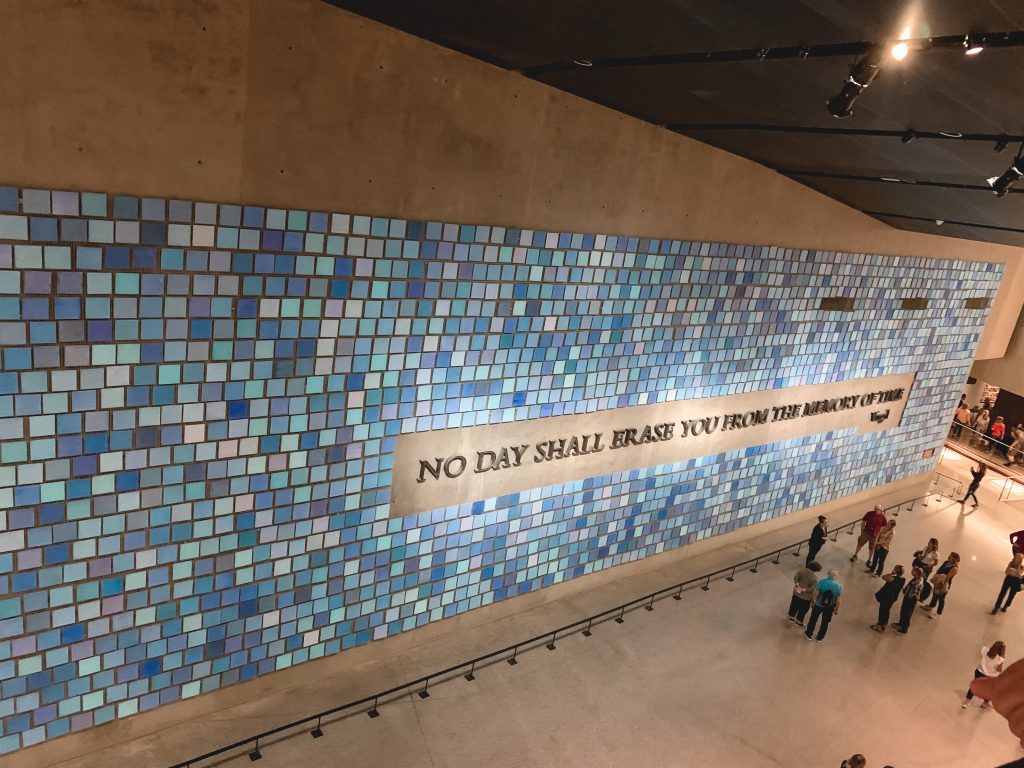 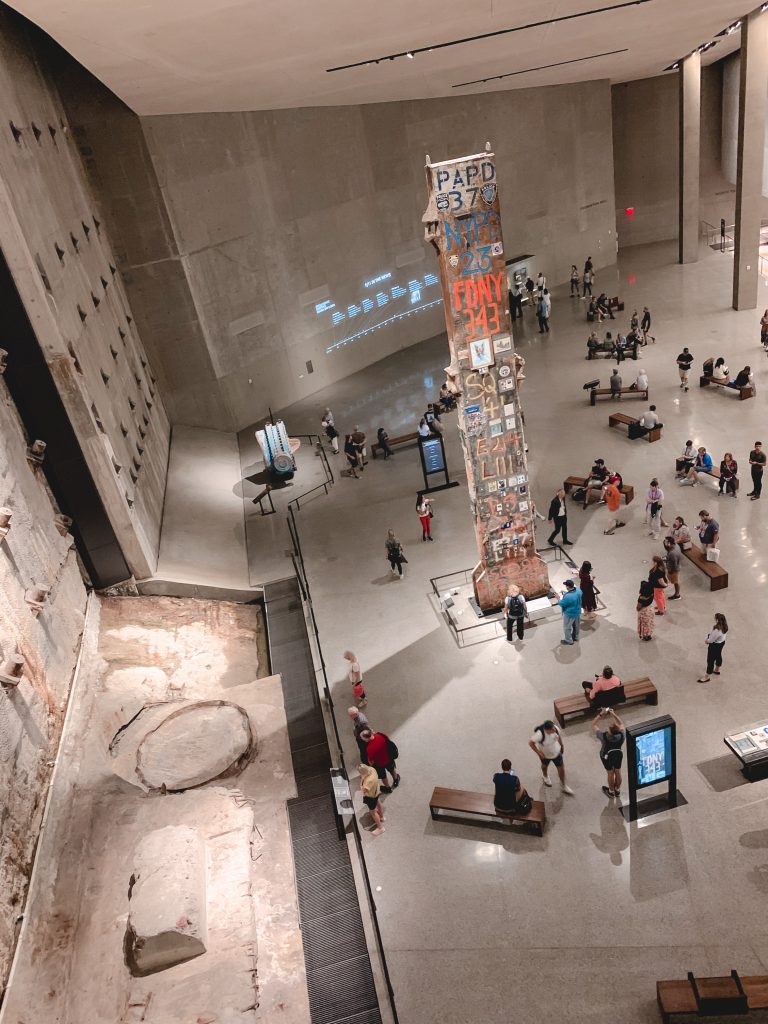 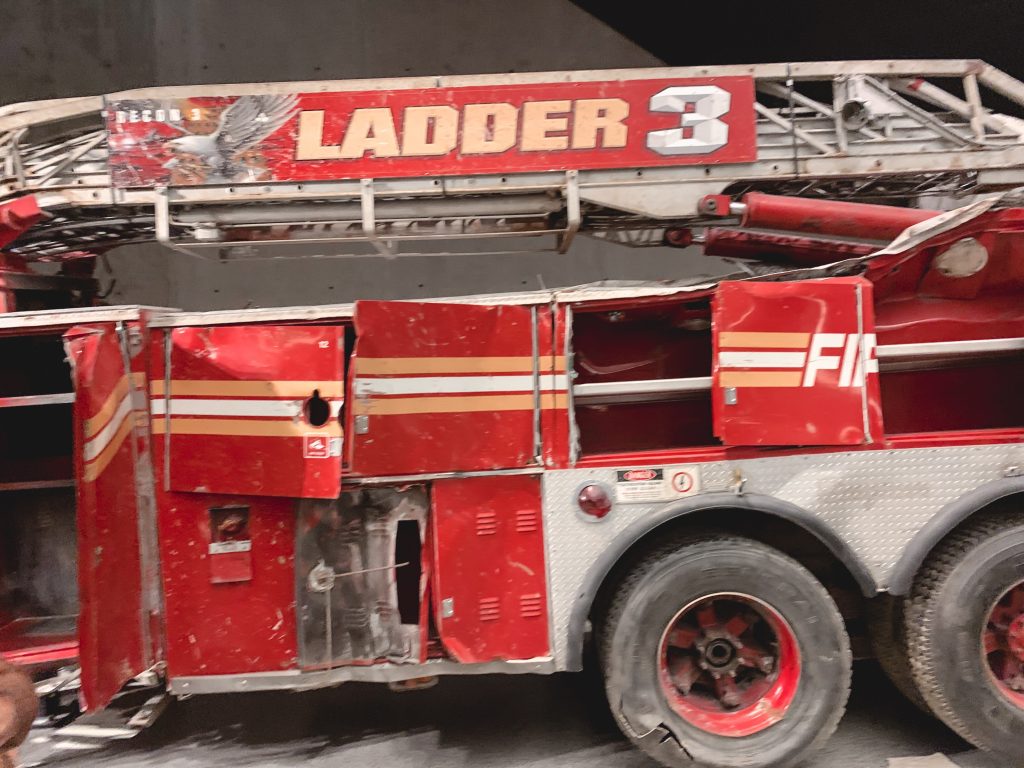 We ended up grabbing a couple of drinks at a local bar nearby before heading to the memorial called O’Hara’s. Location was right across the street from the World Trade Center. 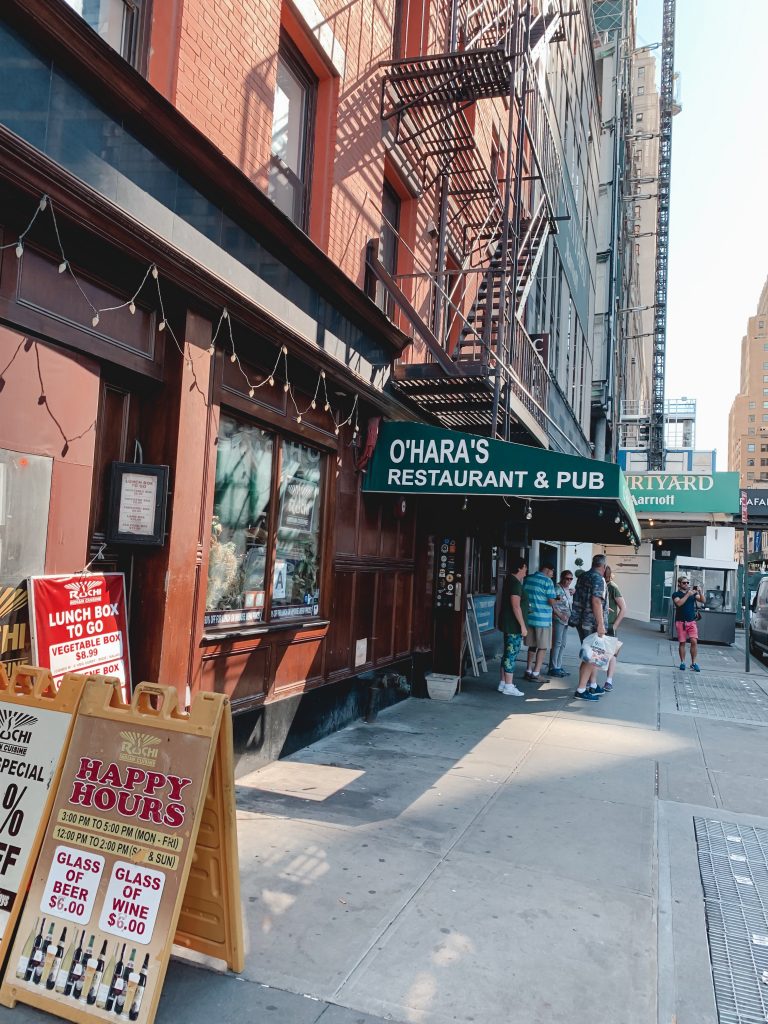 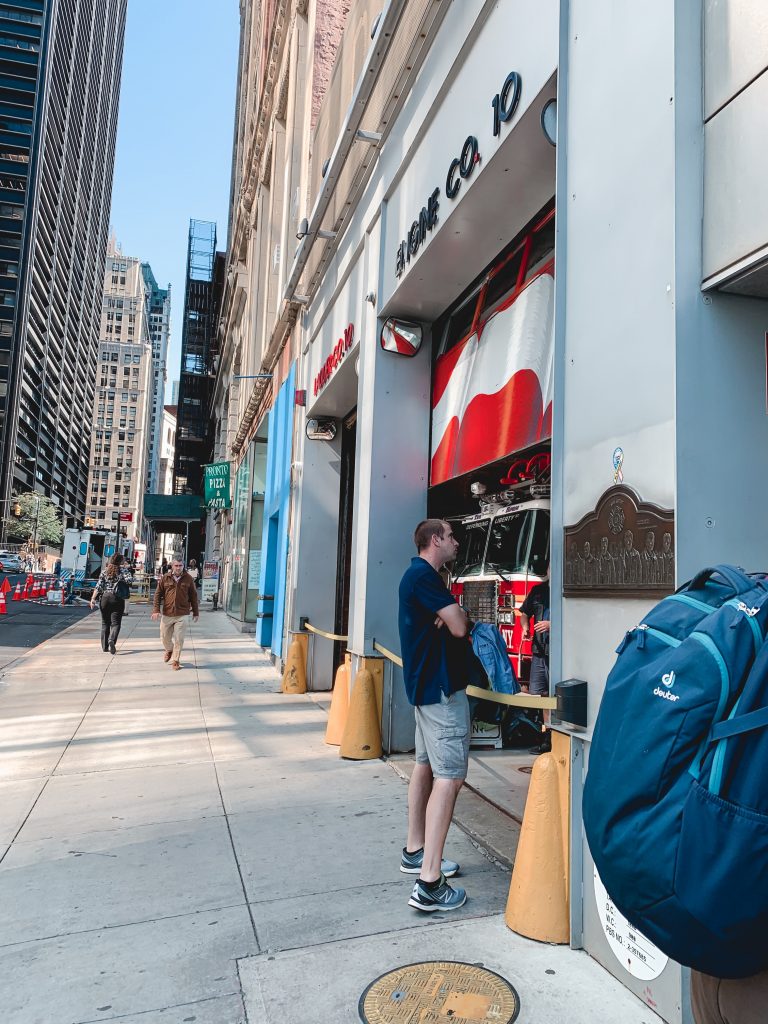 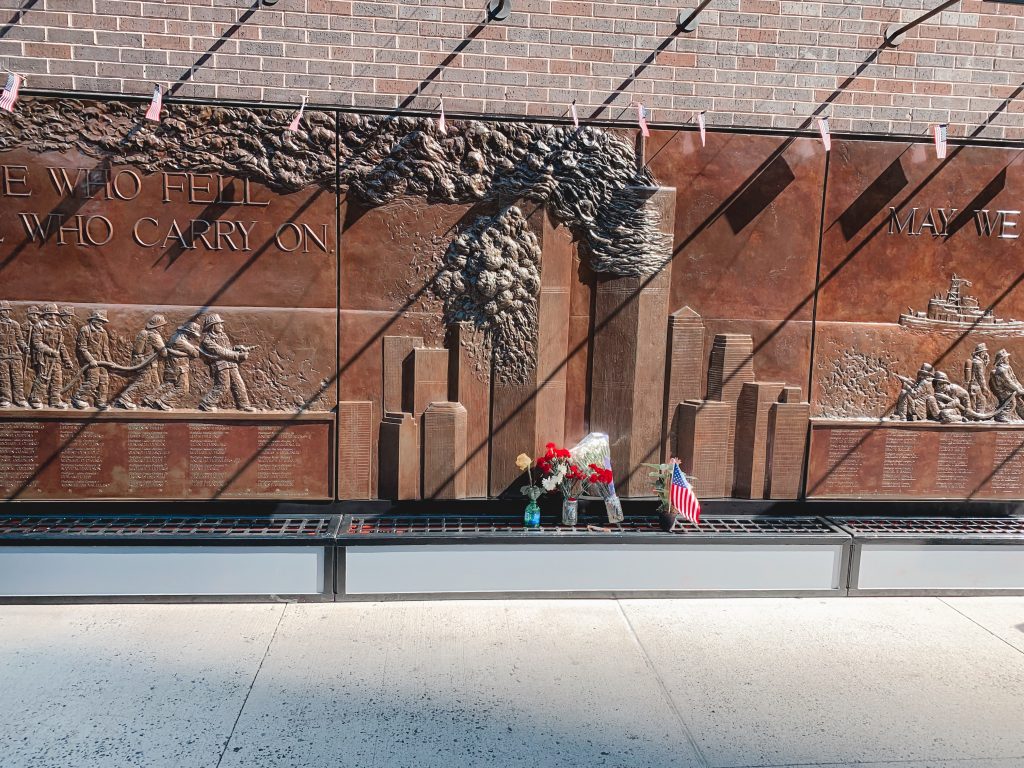 I have only seen Times Square on television or in the movies. So I was in complete awe of the chaos and lights that Times Square is. So many people, restaurants and stores, not to mention the the theaters there. Times Square is pure chaos but at the same time an exciting and fun place to visit. We ended up having dinner there and were overwhelmed by the amount of choices. We ended up settling on the Hard Rock Cafe. 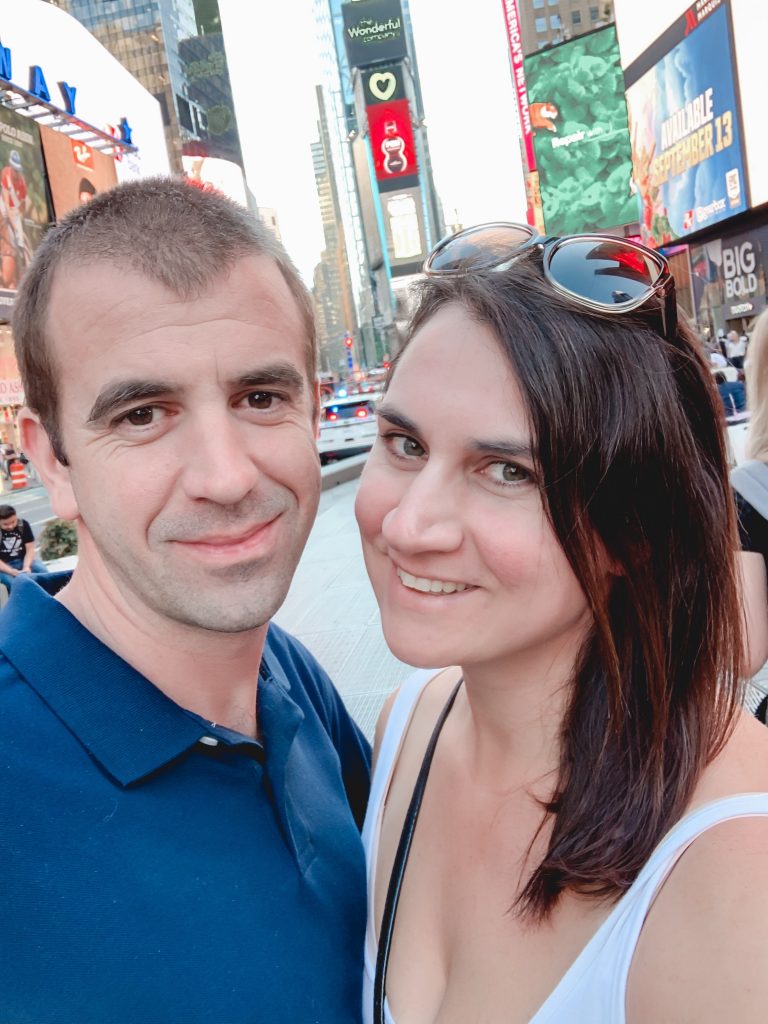 By the time we were done with dinner it was getting late and we were exhausted. We headed back to the hotel, via the Subway system which we had a better grip on.

Check back soon for part two of our Visit NYC: Our first experience.